With the introduction of the OTT platform, we have been bombarded with content to consume within the past few years. Previously limited to only movies, we now have access to every type of content we wish to consume, ranging from a short 30 mins story to a 10-season long documentary. We are indeed at the peak in terms of entertainment, not only in American web series, India from the past few years have been a major contributor to the world of web series and its web shows. And man has it been such a ride, from thriller crime series like Mirzapur to soft teenage tales like Flames, Indian web series are really in a swing providing the best content for its consumers.

With the sea of options to dive in, you might wonder what to watch and what not. Worry no more with a brief analysis of this sea we have picked the best fish for you to enjoy. So get ready to dive into this Best Indian web series list and get ready with your snacks to binge on them.

Seven months into the year and we have already been bombarded with so much content to binge on. The success of experimental web series in the past few years has given creators the liberty to experiment with stories these days and we are provided with a refreshing piece now and then. Here are a few best Indian web series to watch in 2022. 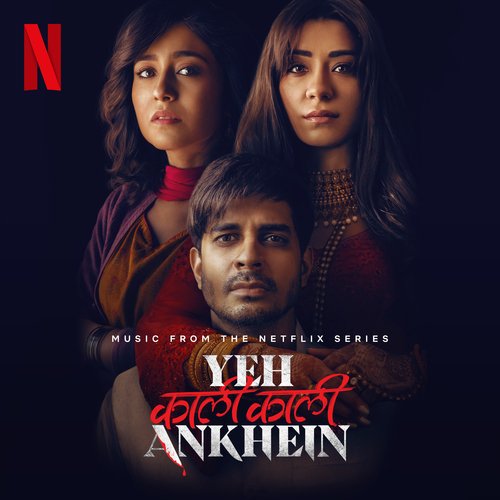 If you have been a fan of ‘YOU’ this one has to be on your list. Vikrant; a small town engineer finds himself in a dilemma with two women. One whom he loves and wants to be with and the other Purva; the daughter of an influential figure. How he manages both the women and his struggle to identify as an individual forms the premise of this thriller series. What makes yeh kaali kaali aankhein the best thriller spy web series is the exceptional talent involved in it, Aanchal Singh as Purva is surely gonna give you Victory from You vibes, and trust me you are gonna enjoy every bit of it. 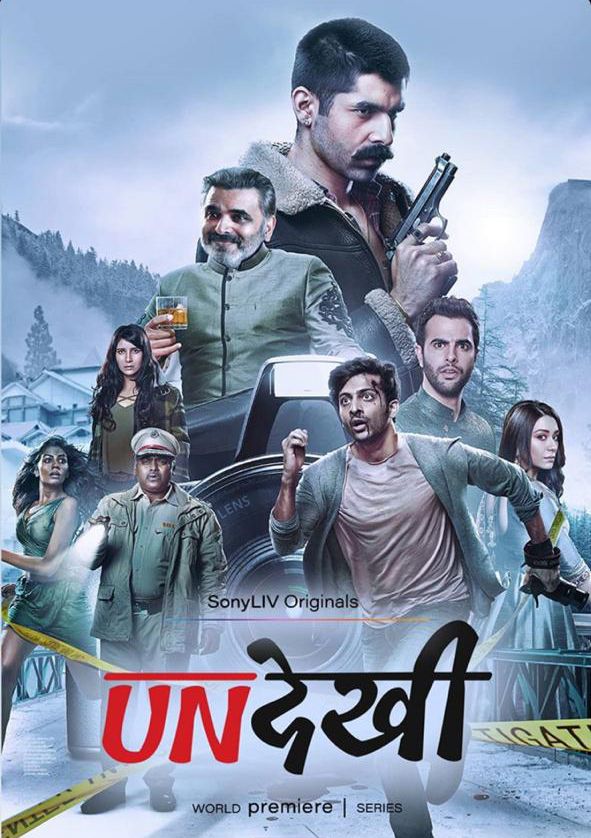 Undekhi Season 1 has to be the biggest surprise of 2020, in terms of script acting, and the story involved. What appeared to be a happy reunion of two families on the surface level takes a drastic turn as the episodes unfold. The story takes a tragic turn due to the death of a performer at a wedding giving you the experience of the best Indian crime thriller web series. Corruption and injustice present in our country are showcased in such a way that the viewers are bound to experience the pain and agony of a policeman. 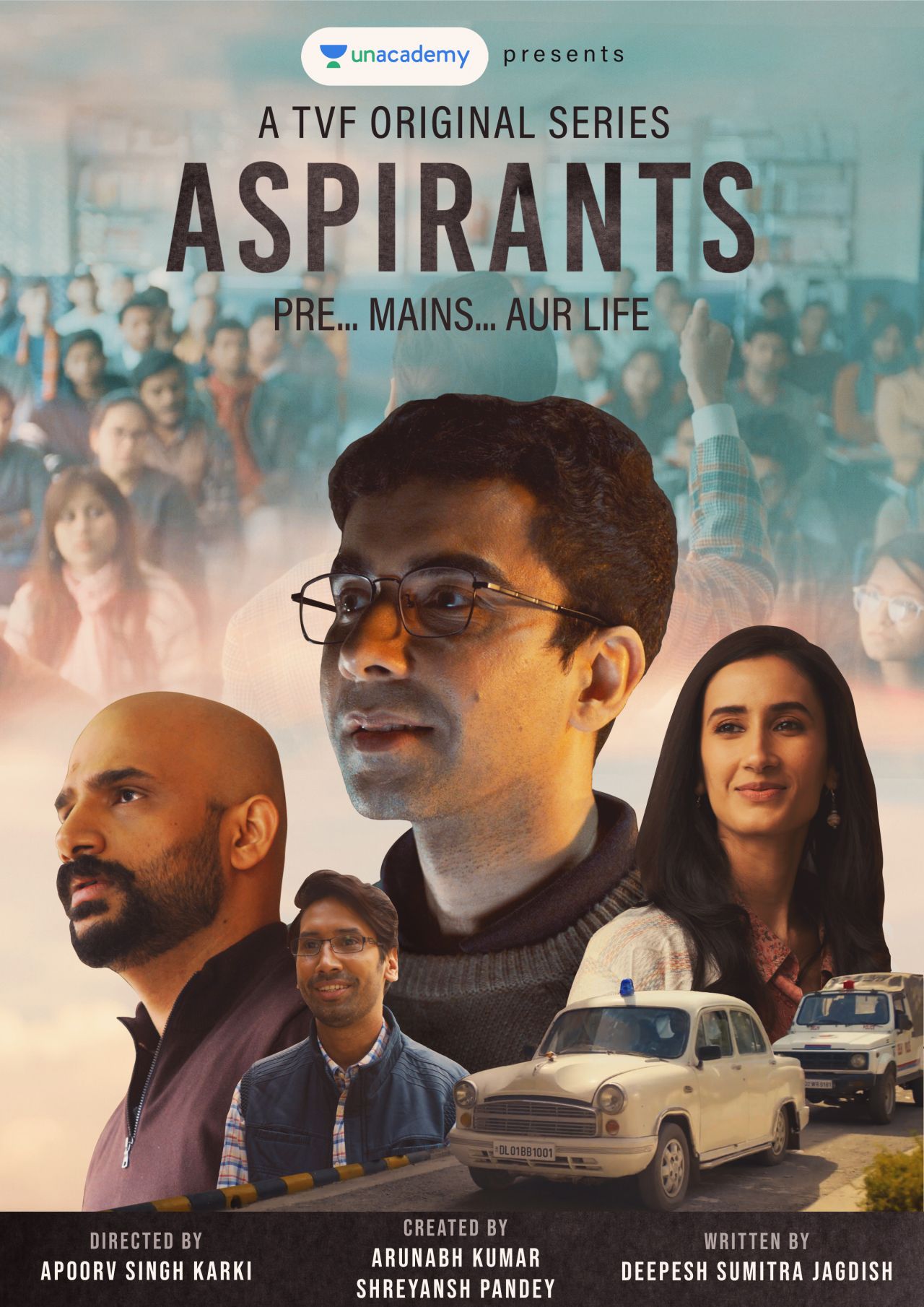 One of the highest-rated web series of 2022 Aspirants is a story of a boy aspiring to be an IAS officer, who quits his job for the preparation of this exam and falls in love with a girl. Due to his failures decides to go back to his job only to find his way back to the preparation. It is a heartwarming experience to see him going through the various hardships of life to fulfill his dream. Whether he is able or not able to fulfill his dream find out by streaming the best Indian web series on youtube at Viral fever.

2021 marks the return of some of the banger series of the past everyone has been waiting for. 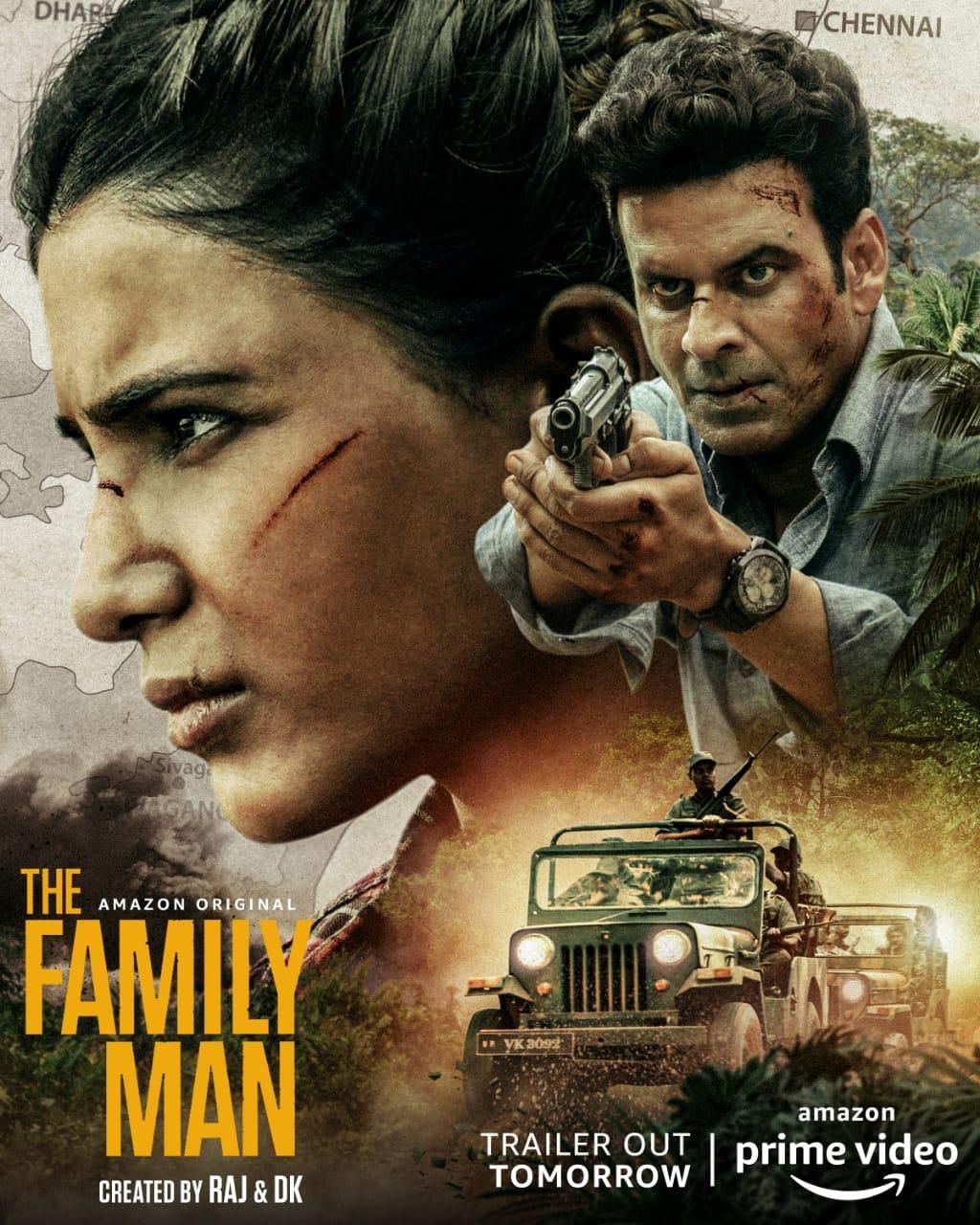 The wait was over for the much-awaited sequel of the 2018 stealer performance by Manoj Bajpayee. Srikant decides to quit his very loved job and becomes an employee in the IT sector to have his family time. But fails to stay away from his risky job at TASC and finds himself illegally being involved in a case ad ultimately back to his adventure. Watch him connect the dots of small cases and safeguard the country. Family man Season 2 is undoubtedly the best Indian thriller series out there with the class acting and simplicity of the actors leaving you speechless. 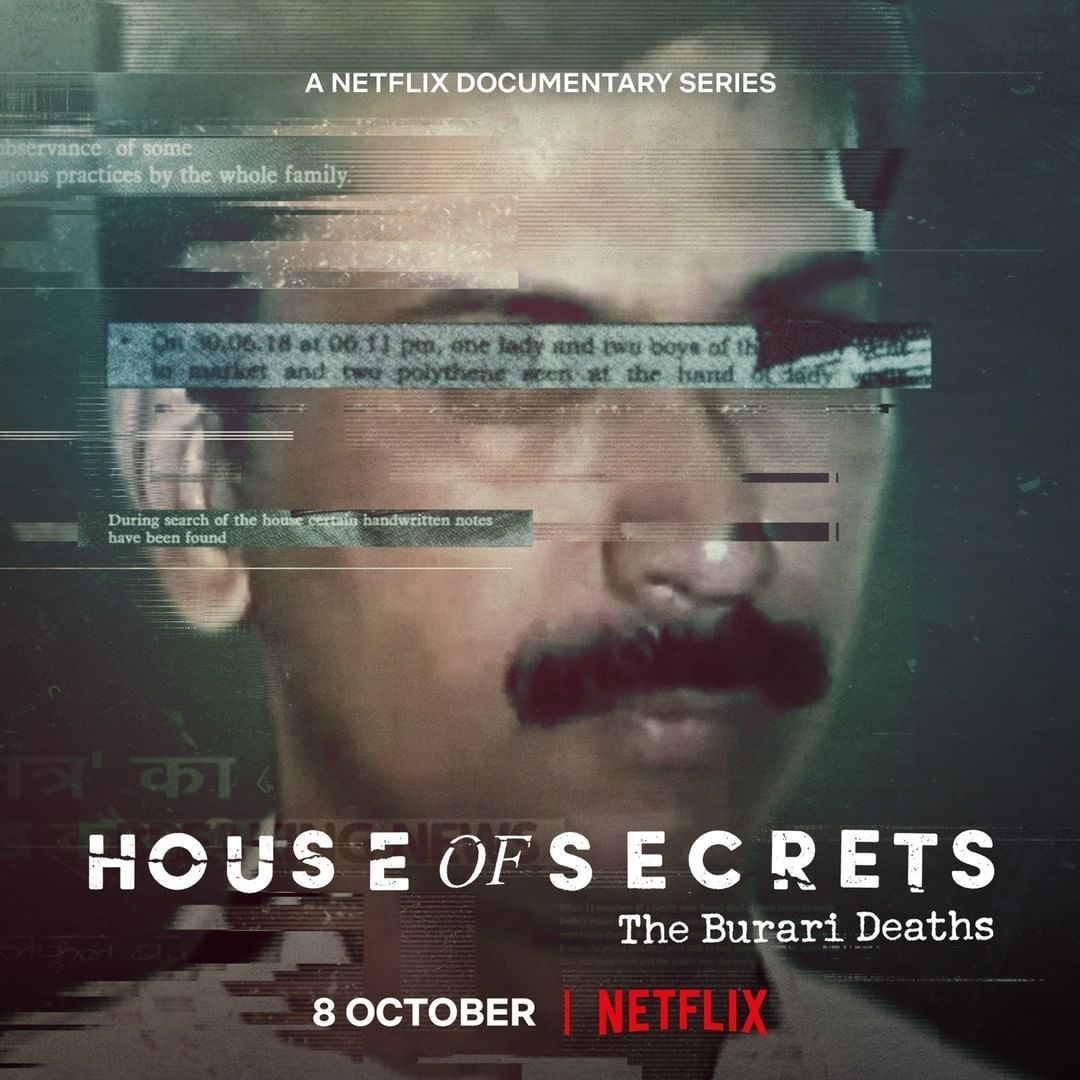 House Of Secrets is a 3 episode disturbing piece for all those who are often interested in solving the mysteries of a crime. 11 people of a joint family were found dead together in Burari on 1st July 2018. Was it a suicide? Was it a murder? This bone-chilling piece takes you through all the investigation, proofs, interrogation, and eyewitnesses. Ultimately making you realize how distinct we are from one another despite being under the same roof and how mental peace is essential.

2020 was the year of OTT content with us quarantined at our homes made us appreciate the beauty of this content and appreciate it more. 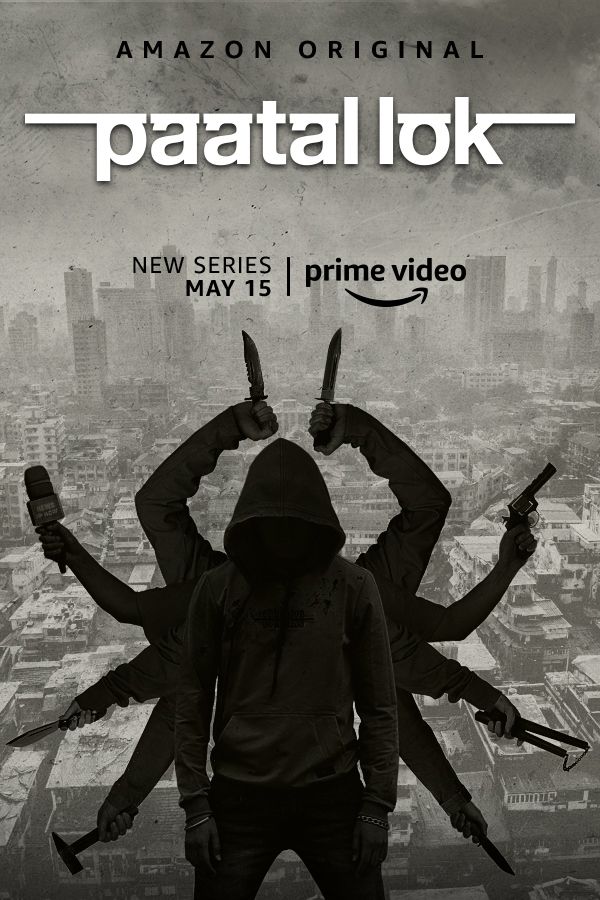 Pataal Lok has to be one of the best Indian web series on amazon prime with the best storytelling and layered writing you are sure to have a great experience enjoying this piece. The story revolves around 4 people charged with the conspiracy of murder. A prime-time news channel journalist was assassinated. The plot of this series revolved around explaining why they did what they did and the story of a policeman who got his 1st case in 15 years.

This mystery tale has to be among the 10 best Indian web series of 2020 it brings in the perfect blend of crime, thrill, and mystery for you. It revolves around the various murder taking place in the country and how are they connected to Indian mythology. How the forensic department and CBI get to the core of these murder mysteries is the main plot of this show. 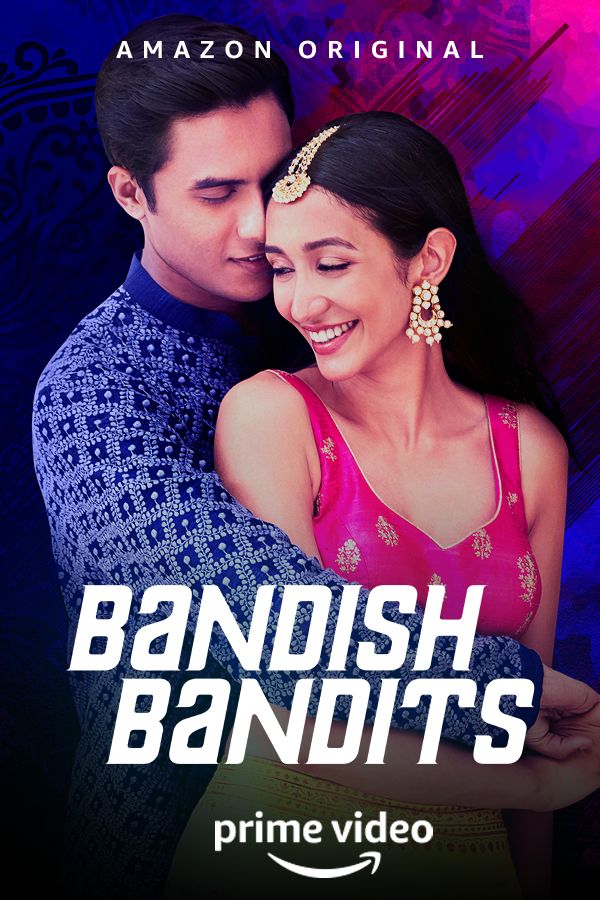 While the platforms were flooding with thriller series, this amazon prime creation by Amritpal Singh Bindra and Anand Tiwari was a breath of fresh air. A visually and aesthetically pleasing series capturing the beauty of Rajasthan. It goes around by the unusual meeting of a traditional singer Radhe and the pop queen Tamanaah, their journeys as an artist. It is the most beautiful form that portrays the battles of an artist and how they strive toward excellence. 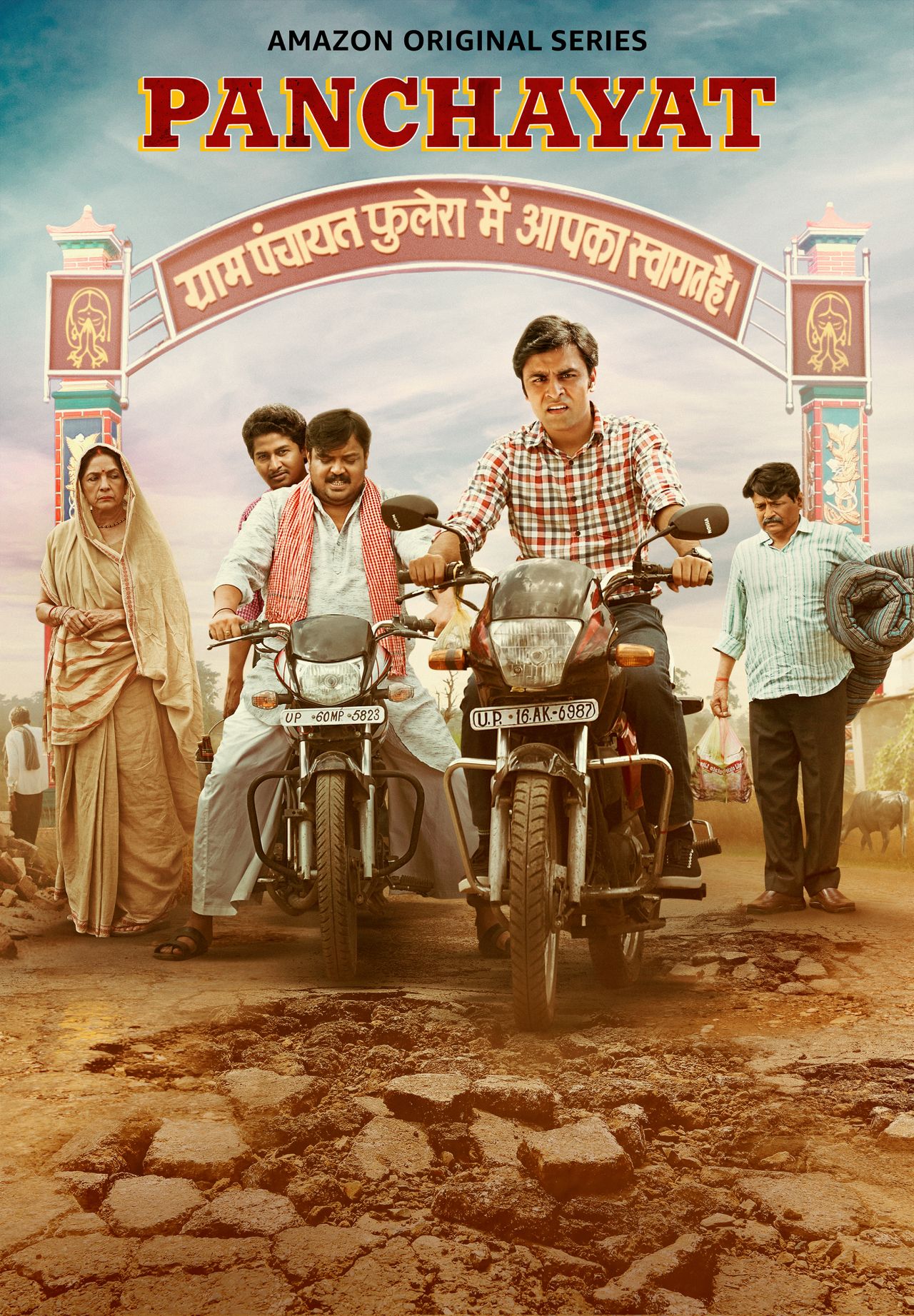 The best Indian comedy web series of the year 2020 has to be Panchayat because Jinterdra Kumar is the lead you are sure about the quality you are signing up to. It is an interesting tale of an engineer who dreams of corporate life, like his peers that bring in a lot of wealth. But finds himself as a Secretary of the panchayat of Fulera. It is the story of a common man with mundane issues being presented in a comic and light-hearted way. An interesting aspect of the series which was quite refreshing to see is the organic progression of the romantic interest involved; which is not rushed. This one is a must-watch from 2020. 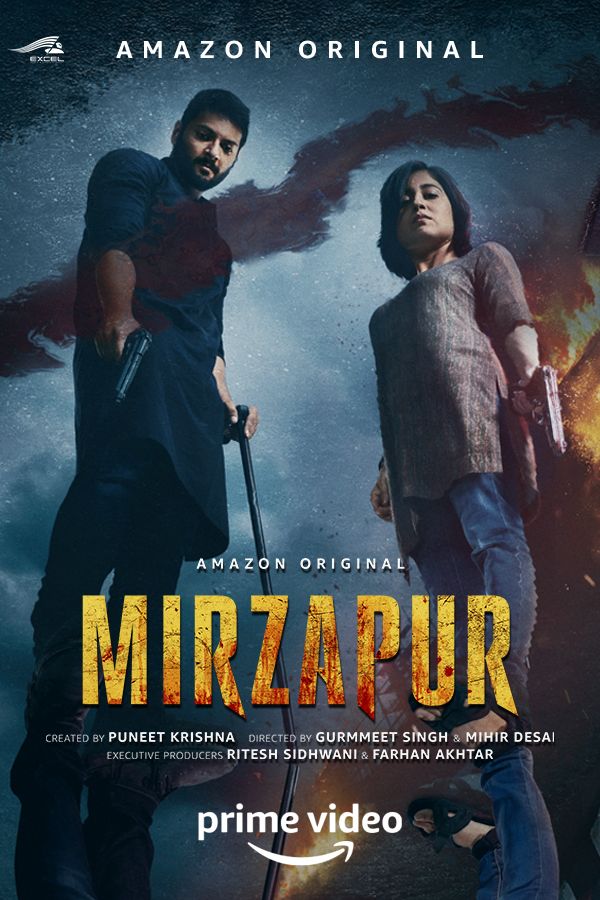 The series took the internet by storm with its bold dialogue and scenes, the classic action, and simply the class acting it involved. It is one of the best Indian adult web series which involves the crimes of Mirzapur and the constant disputes of the son wanting to dethrone his dad to rule Mirzapur. The entry of a third party, Guddu bhaiya shakes the Tripathi family. When watching Mirzapur you are in for new truths and secrets to unfold every other episode it will be a nail-biting experience. 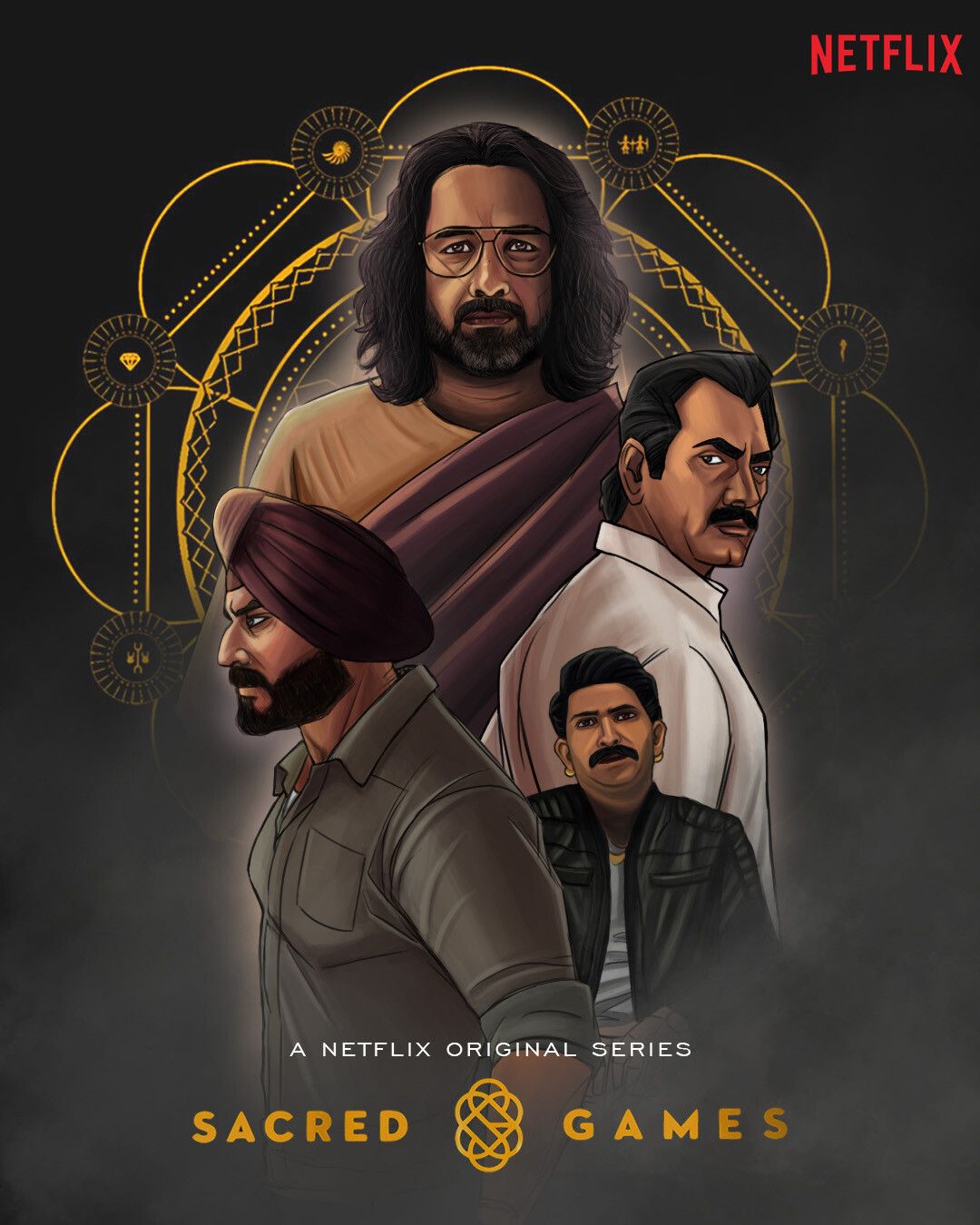 Sacred games have to be the best Indian web series on Netflix in 2018. It brought in a new genre of content, dark and raw. It is an engaging tale of two men; Ganesh a notorious man and Sartaj; a policeman with a disrupted marriage, struggling to gain his respect and fighting insomnia. When Sartaj chases Ganesh, the story revolved around the back and forth between them. And how this chase leads to the revelation of the injustice and the corruption in our system. 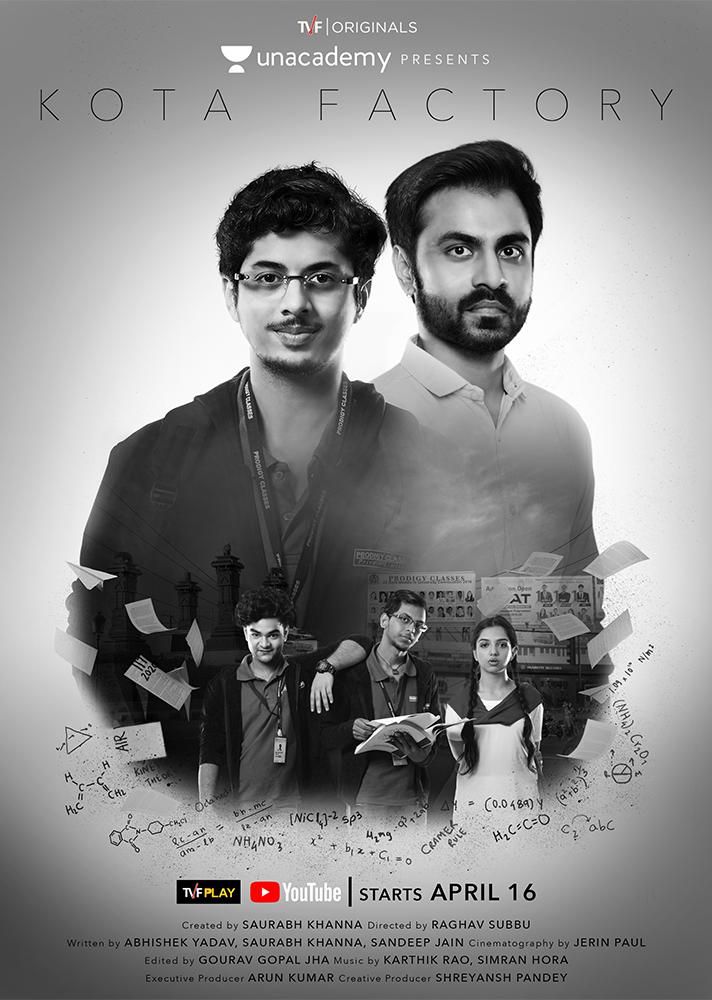 If you are someone aspiring to be an IITIAN this one is a must-watch and the best Indian web series to watch with your family before you start your journey the preparation for India's biggest exam Jee Advance. The story is of a small town boy Vaibhav, who steps into the city of coachings Kota for his journey. He along with his friends are set on a new journey to achieving their dreams. The series is not over the top in any sense and depicts the true struggles and problems of a Jee aspirant. Jeetu Bhaiya; one of Vaibhav’s teachers is an important part of the series his dialogues and character are truly phenomenal and for sure you are gonna learn a lot from this one.

This is a story set in the 1980 and 90s about the “Bull” of the market Harshad Mehta the biggest stockbroker in Bombay. Who took the market to a new level with his games or scams one can say. His clever planning when comes under the scanner of a reporter Suchita, how he tackles the press and everything about his achievement to psychological state is what makes Scan 1992 a masterpiece. 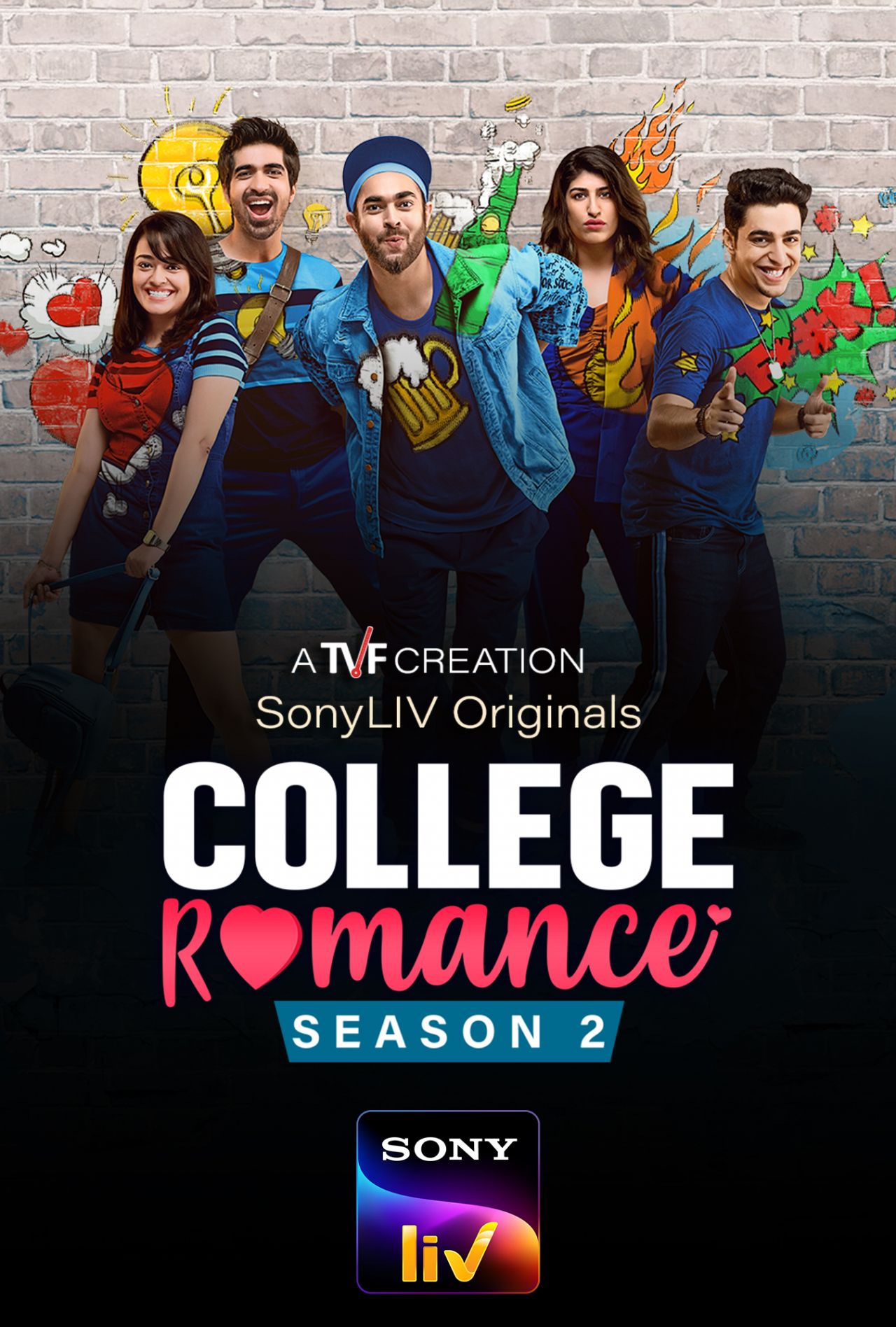 This light heart piece is a story of three best friends Naira, Trippy, and Karan. The trio is the literal goals, now they are onto a new adventure of life as they step into the college. The three of them are keen on finding love, enjoying their college life to the fullest, and are ready for new experiences. This light and comic piece are sure to take you back to your college life and fill your heart with love. Special OPS is an action-packed thriller series probably the best Indian web series on Hotstar. The series received all the love from the audience and critics for the class performance, brilliant story, and direction. The story revolves around Himmat Singh; an officer from the research and analysis department. He finds the connection between all the terrorist attacks taking place in the country and to his surprise, the dots seem to connect and he believes a single person is behind the destruction of the country. His task force widespread in the different parts of the country is all set to catch this mastermind. 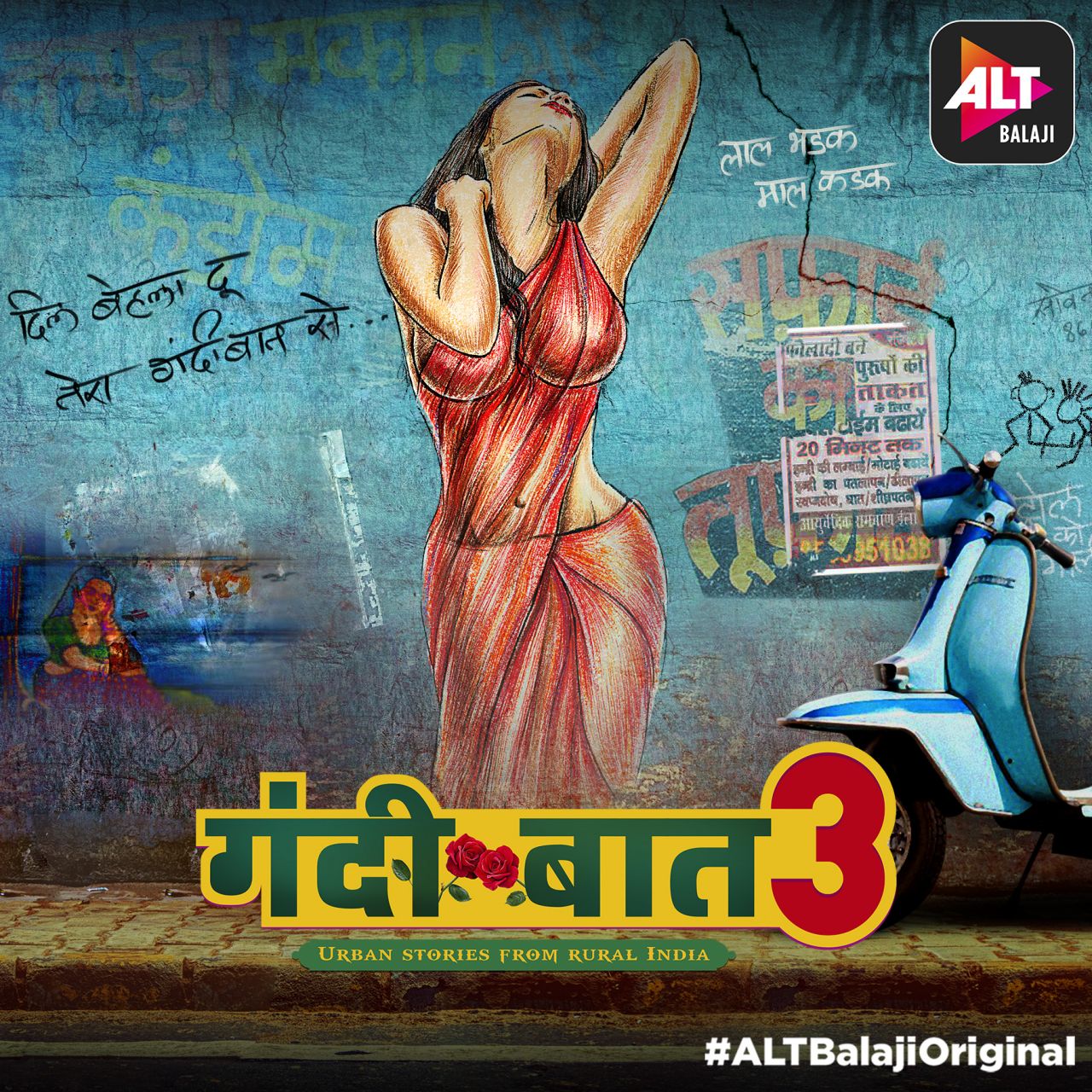 There are several platforms you can stream web series some of the best app to watch Indian web series for free is Telegram, youtube, and Pika show. This list is sufficient to keep you busy with all the genres be it comic, thriller, action, crime, or some light-hearted fun. Happy Binging!

Your shopping cart is empty.
Checkout